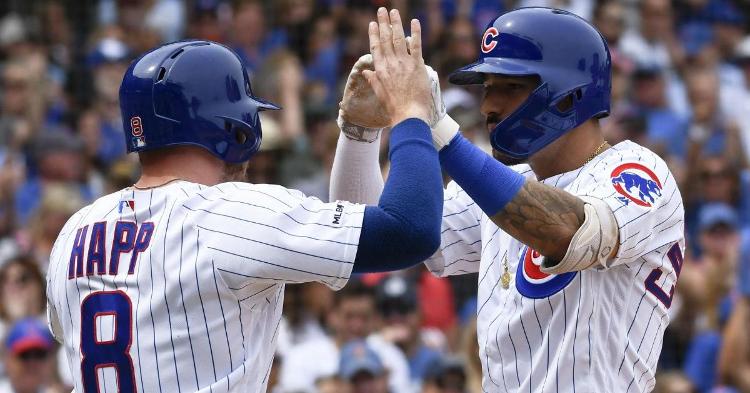 CHICAGO — Returning home after putting on a show in a 3-game sweep on the road, the Chicago Cubs (73-61) remained red-hot at the plate in their series opener against the rival Milwaukee Brewers (68-66) on Friday. With the Brewers and the Cubs poised to battle each other for a playoff spot down the stretch, the Cubs increased their lead over the Brewers in the standings by way of a 7-1 victory at Wrigley Field. Nicholas Castellanos led the way for the Cubs by hitting a pair of 2-run home runs in his 2-for-4 plate performance.

The Cubs wasted little time in taking the lead over the Brewers, with Castellanos smacking his first 2-run shot of the afternoon in the North Siders' second plate appearance of the contest. Following a leadoff double by Ian Happ in the bottom of the first, Castellanos took Brewers starter Chase Anderson deep. Anderson continued to falter in the next frame, with a double by David Bote leading to a 2-bagger from Cubs starter Jose Quintana. Marking Quintana's first career extra-base hit, the double plated Bote and put the Cubs up 3-0.

Hardest-hit ball I’ve ever seen in my life. #EverybodyIn pic.twitter.com/FT7qIKvty8

Happ reached base on a fielder's choice after Quintana's RBI double, which paved the way for Castellanos to drive Happ home for the second time in as many innings. The fiery Castellanos smashed a 422-foot dinger and celebrated by slamming his bat to the ground. Through 27 games with the Cubs, Castellanos has already recorded 11 home runs and is the new franchise leader for home runs hit in a player's first full month with the Cubs.

Nicholas, did you see what they’re saying about you on Twitter?

In addition to legging out a double on the basepaths, Quintana pitched a scoreless outing en route to collecting the winning decision. Giving up just four hits and two walks in 5 2/3 innings of work, Quintana kept the Brew Crew at bay throughout his start. Milwaukee was a mediocre 1-for-9 with runners in scoring position in its loss. The Brewers' lone run came on a 2-out RBI single by Manny Pina in the top of the eighth.

With two outs in the bottom of the seventh, Victor Caratini tacked on an insurance run with an RBI base knock that ushered Bote home. Rounding out the scoring action was Kyle Schwarber, who led off the bottom of the eighth with a towering solo homer. The 413-footer culminated in the final score of 7-1 in the Cubs' fourth consecutive victory. Chicago tallied 11 hits and two walks in the process of moving to five games ahead of the Brewers. Quintana improved to 12-8 overall and has now won eight of his last nine decisions.