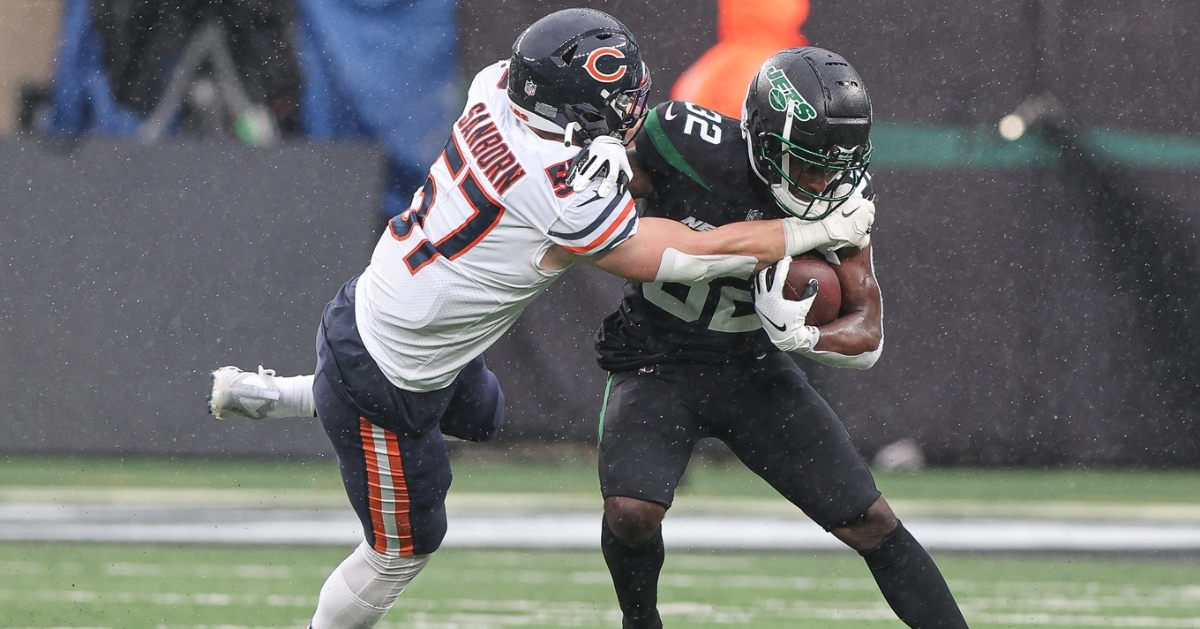 Sanborn suffered an ankle injury early in the second half during Sunday's loss against the Eagles. He was carted to the locker room with the injury.

The young middle linebacker has been impressive this season, recording 54 tackles and five tackles for loss in only five starts.

The Bears signed linebacker Elijah Lee to the active roster off the Chiefs practice squad.

He has played 71 games over six seasons and registered 105 tackles, one sack, four tackles for loss, two forced fumbles, and two fumble recoveries.

Lewis has played in 30 games, with the Rams registering 40 tackles, six sacks, one interception, and eight tackles for loss.

The Rams picked him out of Alabama in the third round of the 2020 draft.

Deng signed with the Falcons as a 2022 undrafted free agent out of California.