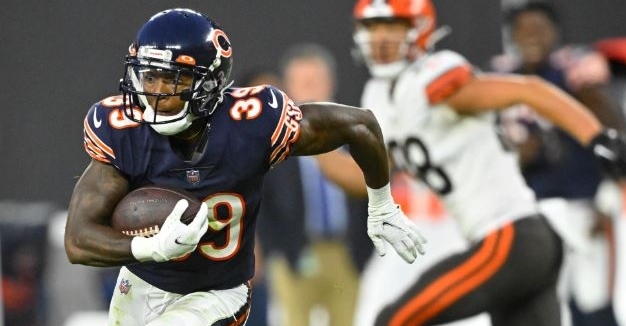 The Chicago Bears announced Saturday that they have added safety Adrian Colbert and cornerback Greg Stroman Jr. to the active roster ahead of Sunday's home game with the Minnesota Vikings.

Colbert has played in one game this season with 10 snaps against the Packers on December 4.

He was signed to the practice team on November 29.

For his NFL career appearing in 40 games, he has recorded 109 tackles, eight pass breakups, two forced fumbles and one fumble recovery.

In 20 games in his NFL career, he has registered 38 tackles, one interception, four pass breakups, one forced fumble, and one fumble recovery.

He re-signed with the Bears' practice team on December 28.

Both of these moves were likely made because Kyle Gordon was listed with an "illness" in the latest injury report on Saturday.