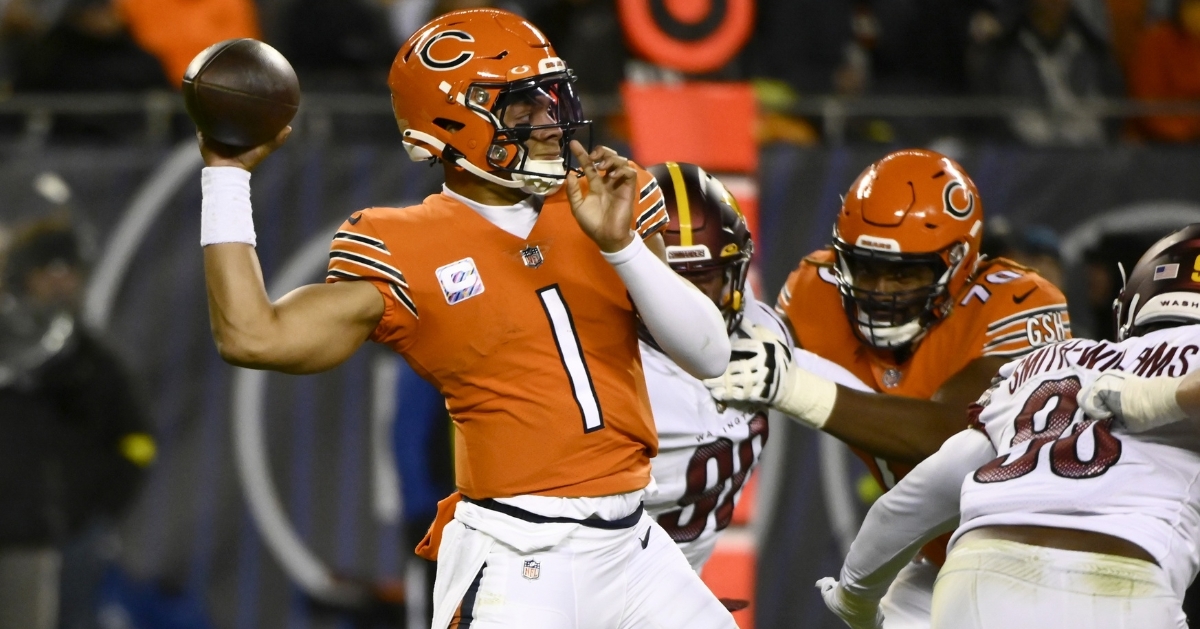 Not surprisingly, the Bears, with the second-worst record in the NFL right now, are favored to lose to the AFC's best team in the Buffalo Bills, on Christmas Eve (noon/CBS). According to Bet MGM, the Bills have a 79.8% chance of winning. The point spread is currently 8.5 with an over/under of 40.5.

The Bears are hammered with injuries, making betting rather tricky for them. But, one consistent thing is the rushing performance by Justin Fields, who is currently averaging 76.9 rushing yards per game, so he is consistently getting more rushing yards than expected.

The weather could also help Fields' rushing yard totals since there are supposed to be 22 mph winds at kickoff in Chicago. If those kinds of winds keep up, the Bears may have to lean more on the rushing game than they already do, meaning Fields will use his legs more. He also consistently scores touchdowns, whether through the air or on the ground, so it serves to reason that he will score at some point during the game.

One thing to keep in mind for the Bears when betting for certain players to perform is that they are having a lot of injury news lately. The bright side is that rookie running back Khalil Herbert is returning from injured reserve (IR). This hurts the betting odds for Montgomery because while Montgomery has hit the expected rushing yards in eight of the last nine home games, Herbert's returning could impact this. At wide receiver, Equanimeous St. Brown has been ruled out. Chase Claypool is doubtful, in addition to Darnell Mooney already being out for the season. This helps with Montgomery's catches but also decreases the payout if Montgomery were to catch less than 11.5 receiving yards (this has been a popular bet through BetRivers).

Furthermore, the Bears and their opponents have combined for over 40.5 points in their last eight games. While the Bears held the second-best scoring offense to 25 points, 4.4 points under their average, the Bills are still averaging 27.5 points per game, while the Bears' defense is allowing an average of 25.6 points per game. Also, the Bears have been over in seven of their last eight games (they were under against the Eagles). So, betting that they will be over is a safer bet.