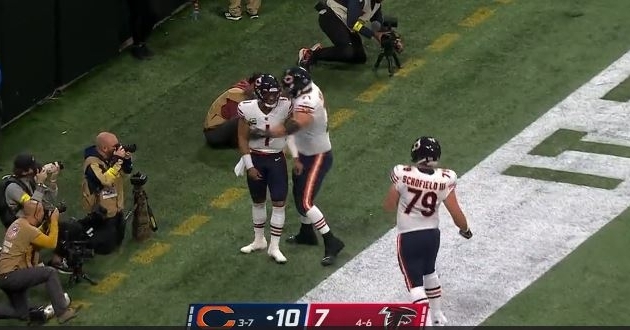 Chicago Bears quarterback Justin Fields continues to play well, as he already has a passing touchdown and rushing score in Sunday's game against the Atlanta Falcons.

The rushing touchdown made it his fifth straight game of a passing touchdown and rushing score, which ties Kyler Murray for the longest streak in the NFL since 1950.

It was also his 10th touchdown in his last 10 quarters, which is an amazing stat.

Check out his rushing TD below: