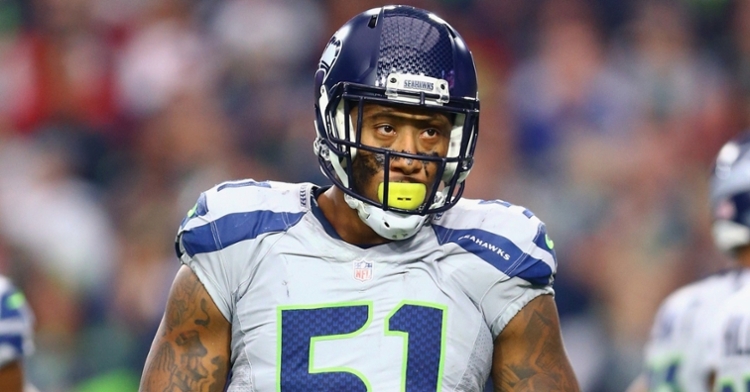 The Chicago Bears announced on Friday that they have signed veteran outside linebacker Bruce Irvin to their practice squad.

The 34-year-old hasn't played in a game since September 20 but has 308 tackles, 52 career sacks, and only three interceptions in only 121 games.

In injury news, they announced that linebacker Danny Trevathan was placed on injured reserve.

The 10-year veteran of the NFL played in five games registering 19 tackles.

They also promoted Cassius Marsh from the practice squad to the active roster for Sunday's game against the Baltimore Ravens.

Marsh was on the active roster for the Steelers game and had five tackles and a controversial taunting play.

Top Danny Trevathan News
Top Chicago Sports News of the Week
Partner of ChicagoBearsHQ.com, ChicagoBullsHQ.com, CubsHQ.com, and TigerNet.com
ChicagoSportsHQ is an independent site and is not affiliated in any way with Chicago Professional Sports Teams.