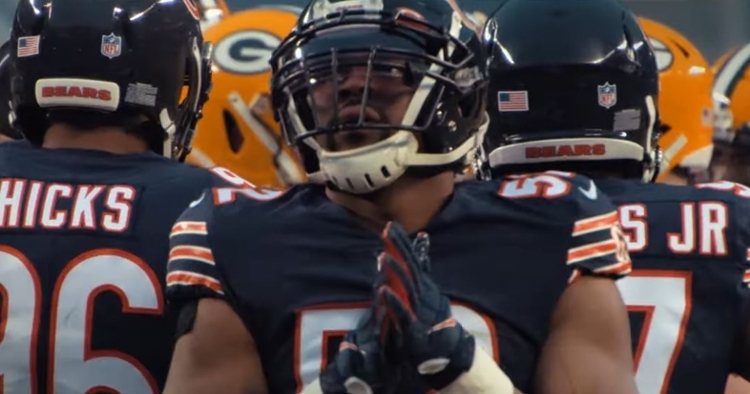 Not great news to report for Bears fans.

The Chicago Bears announced on Saturday that standout outside linebacker Khalil Mack will miss his second straight game with a foot injury.

Mack was unable to practice all week.

Head coach Matt Nagy said it's the next man up regarding the Bears' defense missing Mack against the Steelers on Monday Night Football.

"The biggest thing is just the next guy stepping up and having opportunities," Nagy said. "And then our coaches have to be able to make sure that understanding that from the other side, offensively, how they want to try to attack us, or who's the next guy that they want to either run to or run away from, and then we've got to have a counter for that."

Other Bears players ruled out of Monday's contest against the Steelers include running back Damien Williams (knee), JP Holtz (concussion), and veteran quarterback Nick Foles.

In positive injury news, Nagy said that starting running back David Montgomery is expected to play against the Steelers, as he has battled back from a knee injury.

"I would say there's a really good chance of him being activated," Nagy said.