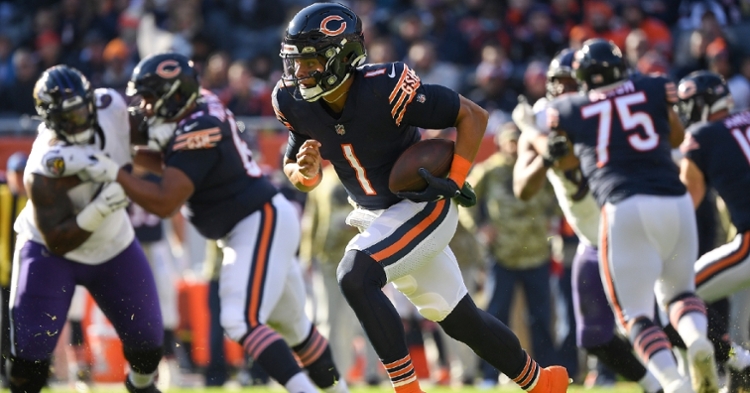 The Chicago Bears lost a heartbreaker against the Ravens on Sunday afternoon.

Most of the talk was the chants of 'Fire Nagy' that rained down from Soldier Field and the injury status of franchise quarterback Justin Fields.

Fields left the game in the third quarter with a rib injury.

Bears head coach Matt Nagy was asked about his condition during his postgame press conference.

"I have no idea," he said. "I'll have to find out. We'll start getting into some of that later on."

According to Simeon Kelley, Fields confirmed that he has a bruised ribs injury only, which is great news for the Bears as there are no broken bones.

It will be interesting to see if he gets the nod on Thursday after some rest or veteran Andy Dalton gets the start after his decent showing against the Ravens.