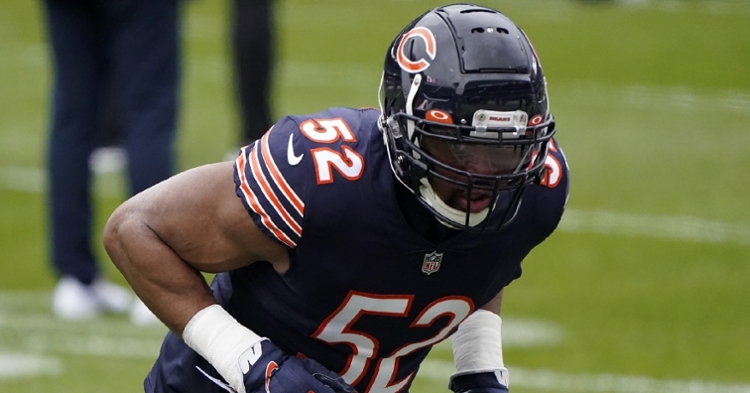 Chicago Bears standout linebacker Khalil Mack is out for the season with his foot injury according to multiple reports on Friday.

He will be headed to the IR and his 2021 season is officially over.

In seven games this season, he had 15 tackles and six sacks.

This is huge news for a Bears defense that is trying to stay competitive during a tough season.

In other injury news, Akiem Hicks has been ruled out for Sunday's game against the Ravens.