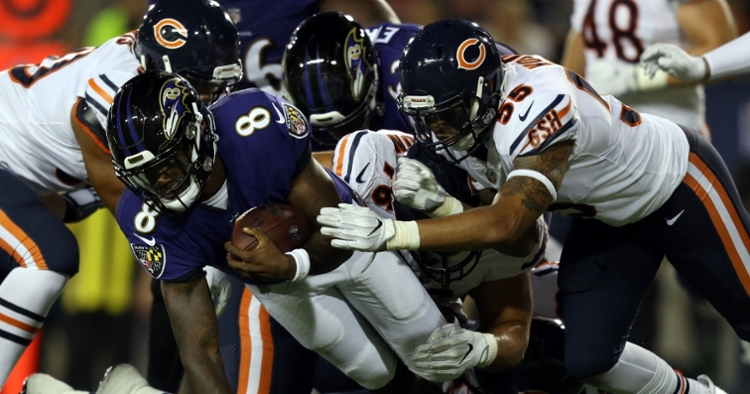 The Chicago Bears announced their inactive list for Saturday's game against Baltimore Ravens, and there are some big-time players on the list.

This is tough news as Allen Robinson (hamstring), and Akiem Hicks (ankle) are two players that can really make a difference in today's game.

On the Ravens' side, they just announced that star quarterback Lamar Jackson is still battling the flu and is out against the Bears.

Tyler Huntley will start in replace of Jackson.

The Bears (3-6) will face off against the Ravens (6-3) Sunday at noon CT at Soldier Field on CBS.