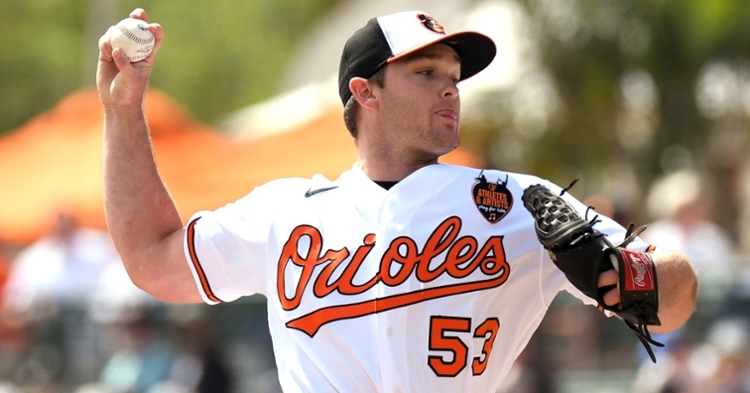 The Chicago Cubs announced Thursday that they have signed righty Kohl Stewart to a one-year major league deal.

Stewart opted out of playing in 2020 with COVID-19 concerns over health conditions being type one diabetic.

The 26-year-old has a 4.79 ERA in 17 career appearances and was released by the Minnesota Twins in November.

Stewart was once a top prospect as he was drafted No. 4 overall out of St. Pius X High School in Texas and two spots behind Kris Bryant in the 2013 amateur draft.

One of the bright spots of this signing is that he has five years left of club control remaining (through 2025) at a very low cost.

This is a decent move by the Cubs if he can show some flashes that made him a top prospect while in college and with the Twins organization (No. 28 on Baseball Prospectus' list).

Righty Kohl Stewart's MLB deal with the Cubs is one-year, $700,000. He opted out of the 2020 season (Type 1 diabetes) after signing with O's. Sinker-slider arm that can be under club control through 2025. Viewed as a long-man option who can compete for rotation innings.

Kohl Stewart's $700,000 contract with the #Cubs brings the grand total of free-agent spending in the NL Central to $4.4 million this winter.

The #Cubs have agreed to terms with RHP Kohl Stewart on a 2021 major league contract. pic.twitter.com/QRlUkRWxwk