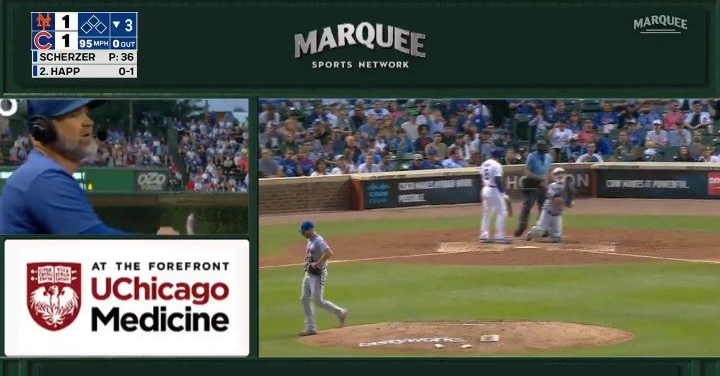 The losses and the daily ejections are piling up for the Northsiders.

Chicago Cubs All-Star Ian Happ was ejected in the bottom of the third inning for arguing balls and strikes after an apparent bad third strike call by the home plate umpire.

Happ argued and was tossed and then Cubs manager David Ross took off his headphones doing a live interview and jumped out of the dugout to support his player.

Ross has been ejected the last two games previously.

Check it out below:

"Ian Happ has been ejected and David Ross has ejected the headset."