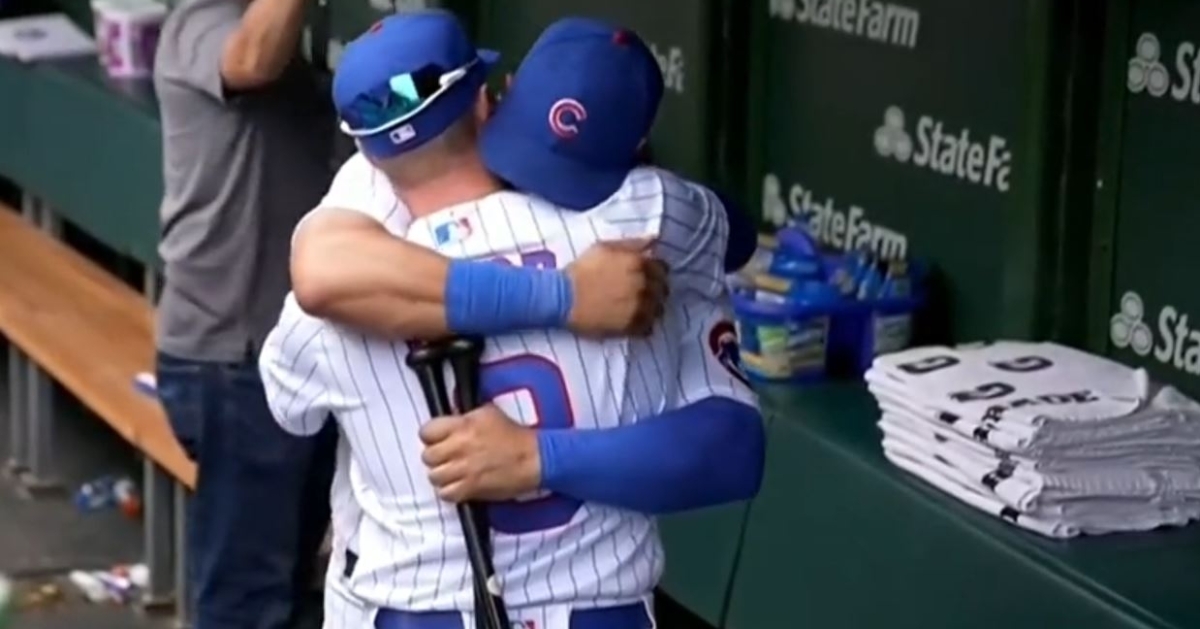 It was an emotional day for Cubs nation

Chicago Cubs All-Star catcher Willson Contreras might have played in his final home game at Wrigley Field on Tuesday afternoon as the trade deadline looms.

Contreras and Co. won their sixth straight game, and afterwards he was interviewed on the field by Marquee Sports Network.

“Thank you for everything, and I wish I could play for you guys, but this is a business. I understand that and love you all.”

Contreras talked to the media shortly after the interview and had nothing but love for the faithful Cubbie fans that have always supported him.

“I have a lot of things in my head right now about the fans, but nothing but love,” Contreras said. “Would like to thank all the fans because the love and support they showed me from Day one is priceless. And they’re always gonna keep living in my heart.”

The Cubs fans gave Contreras a standing ovation during the game and showed him how much he has meant to them and the organization for so many years.

jed never wanted to keep this man on the chicago cubs pic.twitter.com/2wK1OUk4Tq