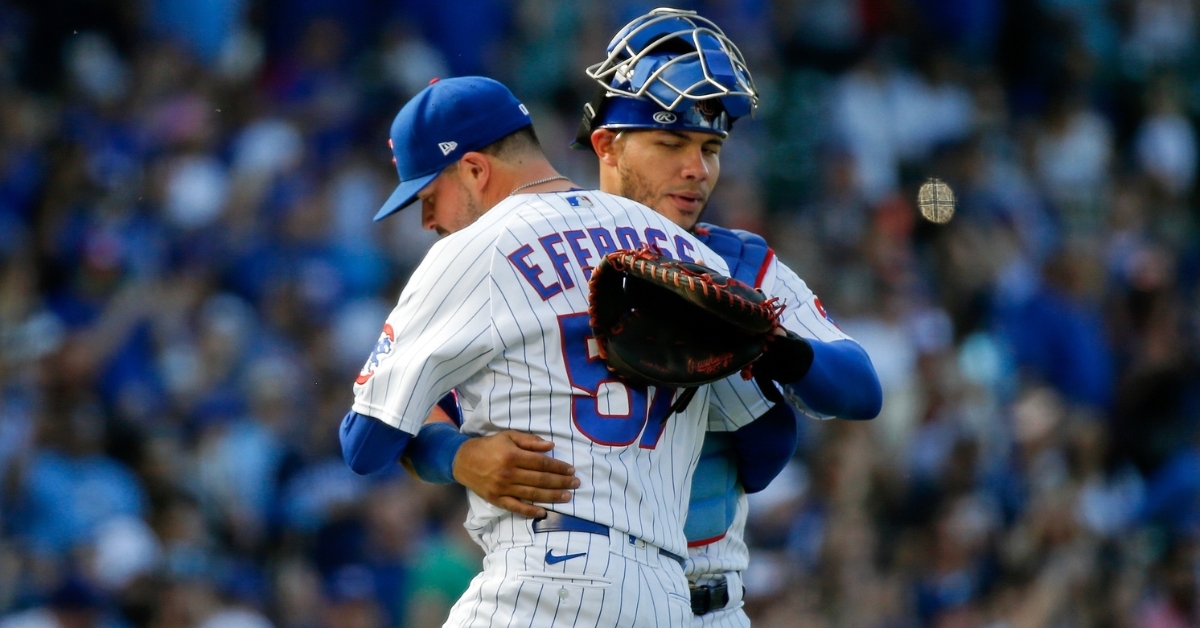 The six-foot, three-inch Wesneski was named a MiLB.com Organizational All-Star in 2021 as he went 11-6 with a 3.25 ERA (47 ER/130.1 IP) in 25 games (24 starts) across three levels, beginning with seven starts at High-A Hudson Valley followed by 15 starts at Double-A Somerset and three games (two starts) in his first career action at the Triple-A level.

Between the three clubs, Wesneski walked 36 and struck out 151 batters, good for an average of 10.4 strikeouts per 9.0 innings. Following the 2021 campaign, he was ranked the Yankees sixth-best prospect by Baseball America.

Selected by the Yankees in the sixth round of the 2019 draft out of Sam Houston State, Wesneski was named the Double-A Northeast Pitcher of the Month for September of 2021, going 3-0 with a 1.35 ERA (3 ER/20.0 IP) for Somerset.

Thank you to @ScottEffross for your time in the #Cubs organization.

Wishing our friend Hayden Wesneski the best of luck and continued success with the @Cubs https://t.co/ofR89Ddv9S pic.twitter.com/dGk7tCTTqG

Hayden Wesneski throws tons of strikes. Plopping his numbers into the Cubs farm system would mean he ranks… (min. 40 IP)

Here’s the Wesneski changeup when it’s good. Important pitch for a guy whose profile will always mean LHHs are the tougher out. pic.twitter.com/XfZedPfBzU

Top Scott Effross News
Top Chicago Sports News of the Week
Partner of ChicagoBearsHQ.com, ChicagoBullsHQ.com, CubsHQ.com, and TigerNet.com
ChicagoSportsHQ is an independent site and is not affiliated in any way with Chicago Professional Sports Teams.